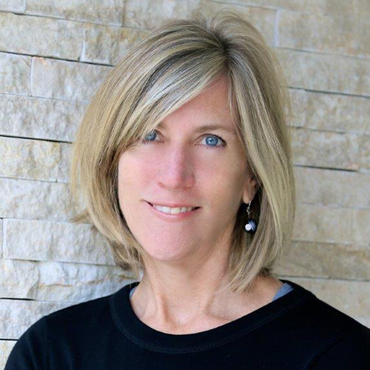 Meg Barnhart’s slow-cooking journey began in 2006, as an overwhelmed mother of three trying to figure out a better way to cope. Her husband worked long hours and she found herself crying to her best friend on the phone, saying she felt like a failure because she couldn’t get dinner on the table.

“Get off the phone and go buy a crock pot,” her friend told her.

Barnhart obeyed and came home with an All-Clad Slow Cooker. A few years later, she cooked up a business idea: The Zen of Slow Cooking.

Chopping vegetables had become a meditative part of her day, when she renounced multi-tasking. Aromas of spices and herbs in pot roast or beef stew transformed the energy in the house, she says, slowing everyone down to a calmer state. Happy childhood memories of her mother’s cooking returned to her, another benefit.

Two years later, her youngest child, Lucy, about 10 at the time, wasn’t so happy. “She said she couldn’t eat any more ‘thick’ meat,” Barnhart says, with a laugh. “I needed to step up my game and started tweaking recipes.”

Barnhart’s middle son, Doug, was fine with her pot roast, but she worried about what he would do after he finished school. He had been born with developmental disabilities. “He’s got a beautiful spirit and I wanted to consciously create employment where he could work someday, spread that light,” she says.

In the past, Barnhart, 55, had worked in the hospitality business and event management. A new career occurred to her when she spoke to Ramaa Krishnan, who runs a meditation and self-awareness studio in suburban Chicago, near where the Barnharts live.

“She asked me what makes me happy, such a good starting point,” Barnhart says.

It was her crock pot.

Barnhart found a partner, Jane McKay, with a background in food marketing. They started a blog, sharing Slow Cooker recipes and Zen inspiration posts. Their audience grew, which led to selling Coq au Vin and Moroccan Tagine Spice Blends at a local farmers market. As their business grew, they fulfilled their social mission by hiring employees with disabilities, from adults with autism to those confined to a wheelchair.

“They are so hard-working; so much dedication and care and love goes into packaging our spice blends,” Barnhart says of her 30 employees, who work flexible hours at Planet Access Company, a warehouse facility in Des Plaines, Illinois. “We are demonstrating that you can make a business thrive by putting families first and providing opportunities for people who have employment barriers.”

Whole Foods now carries The Zen of Slow Cooking at 25 outlets in the Midwest. The brand recently became a Certified B Corp, using the power of business to help solve social and environmental problems. Its 10 single-use Slow Cooker Spice Blends are non-irradiated, preservative-free and mostly salt-free. The Sichuan Slow Cooker Spice Blend won the 2017 sofi Award for Best New Product in the Seasoning, Spice category.

“They’re a great tool to have if you’re working outside the house,” Barnhart says, who runs the company from home. “I started this business when I was 50 years old and it’s a whole different chapter in my life.”

2008: Begins experimenting with recipes beyond pot roast and beef stew.

2012: Starts the Zen of Slow Cooking blog with her friend and new business partner, Jane McKay, and creates her first line of spice blends.

2017: Sichuan Slow Cooker Spice Blends wins the sofi Award for Best New Product in the Seasoning, Spice category; becomes a Certified B Corp; receives a Trailblazer award from Search, Inc. for contribution to creating employment for adults with developmental disabilities.